We are proud to host an extensive network of many inspiring and dedicated volunteers from the Saint John community. They are helping us to deliver our projects and activities, we are thankful for their support. Here are some of their stories. 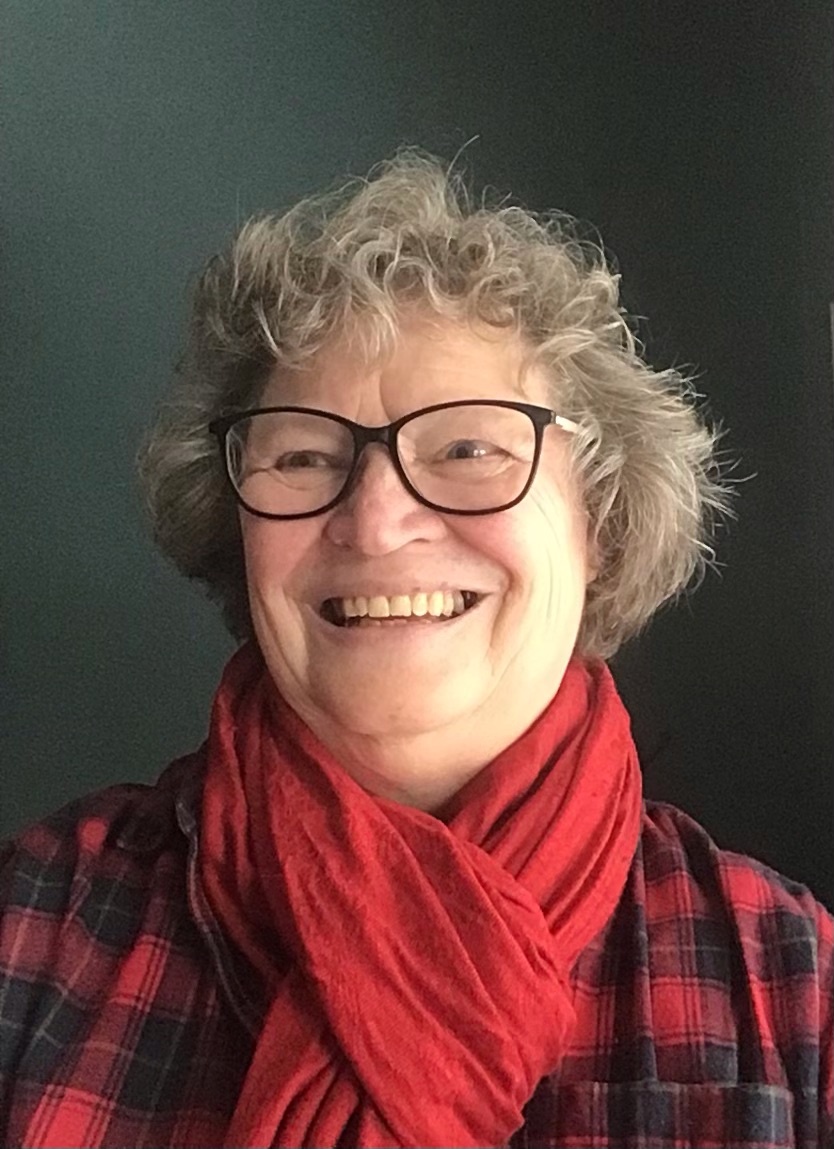 Kate Frego has been a dedicated volunteer since she began in 2016.

Originally from Winnipeg, Kate came to Saint John in 1994 to teach botany at UNB Saint John, with an expertise in moss. She first got involved with the Saint John Newcomers Centre after she retired from the university 20 years later. Kate says her interest in paying it forward for newcomers came from the experience of listening to stories at the knee of her grand-parents, who had fled war in Europe to start a new life in Canada.

The first idea that came to Kate was to create a space where newcomer women could come and share their stories. That became the Craft & Conversation group, where women could come and feel at home. It was a refuge where they could meet other women like themselves, but also other local volunteers like Kate who they could learn from and helped make them feel like they could call Saint John their new home.

‘We met at first, with women who were terrified, not knowing exactly what several older local women were up to.  But they soon realized we were sincere and really just wanted to help. That got them excited and enthused about getting together. It soon became a spot where they would come each week, bring food and share their culture’.

Kate says it was really about was integration, helping families get adjusted to the community. It was a huge change at first for many people, but coming to a spot in the Crescent Valley Resource Centre every Friday provided a social environment that made it easier. The weekly Craft & Conversation group quickly expanded from a few to sometimes more than 30 women.

At first the women learned to sew and practice their English with the help of an interpreter, but the cold winters soon made learning to knit even more important. Hats, scarves, mitts and sweaters soon became very common. There were lots of local outings, pre-Covid-19, where they explored Rockwood Park, Saint’s Rest Beach and even Kings Landing. And the crafts extended to learning to paint, beading, building gingerbread houses and decorating for Ramadan and Christmas.

Now, Kate says as more families come to Saint John from across the Middle East and countries like Afghanistan, it is much more about developing relationships, ‘we have this lovely blending of cultures and people who are friends’. As for volunteers like her, Kate says there is still a core of 5-6 of core volunteers who stay involved each week, even as they continue to meet online during the pandemic.

The top tips that I tell newcomers who come to Saint John are:  Be brave, be ready to step out of your own cultural group, which is hard to do.  We have to be able to have newcomers reach out and meet us halfway, despite the issues of culture and language.  It’s hard to do. 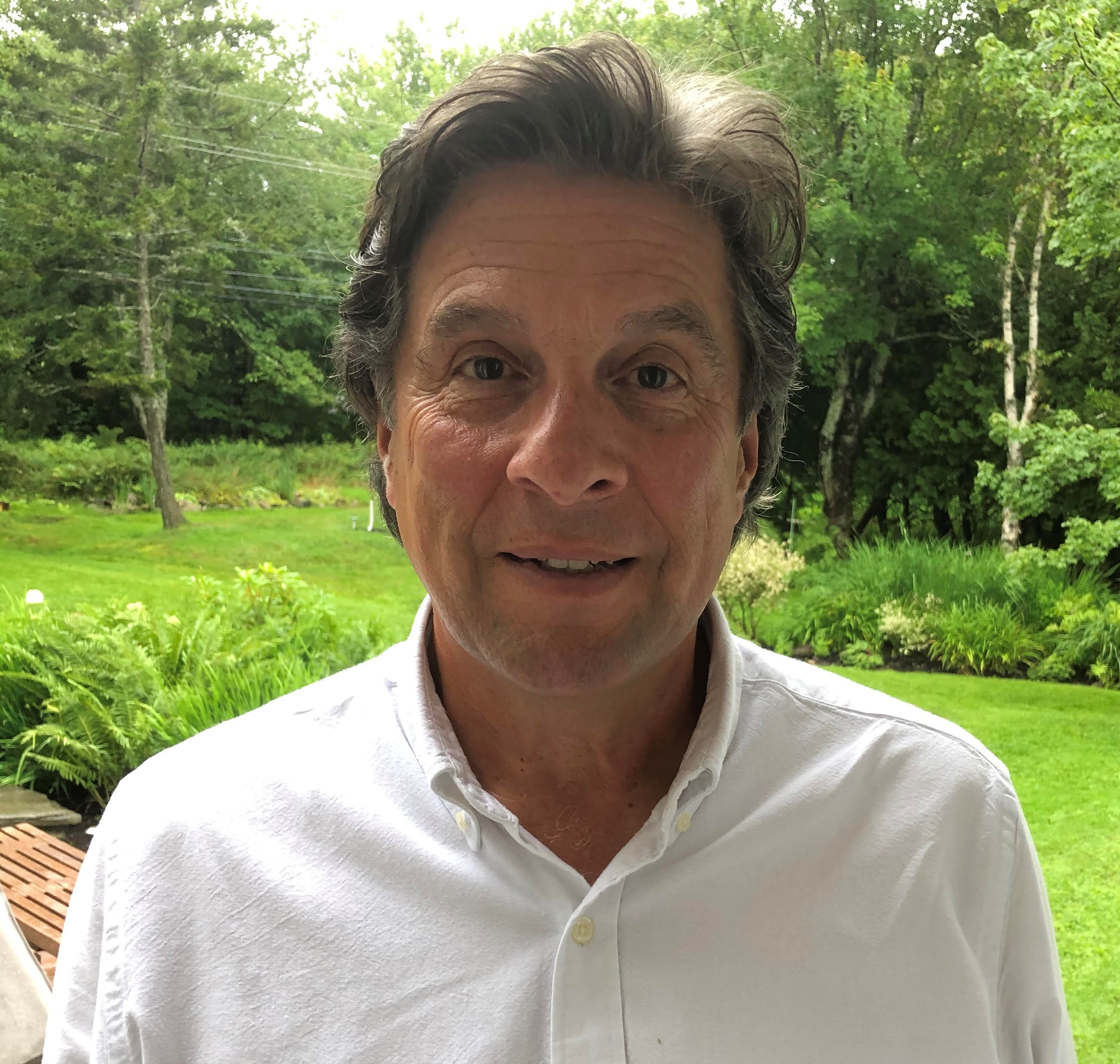 It was an emotional moment for Paul-Emile Chiasson when a family from Syria, five kids and their parents, became Canadian citizens in Saint John in December 2021. He had watched on zoom as they sat on their couch holding Canadian flags and took the oath from a judge. There was a special connection, because Paul-Emile, his wife and several other families helped sponsor the family to come to Saint John, in 2016. He says it is a day he won’t soon forget. ‘This family has become our family’.

Paul-Emile says the fulfillment he gets from helping newcomers, dates back to growing up in Antigonish, Nova Scotia. He remembers the experience of meeting International students at the dinner table, brought home by his dad, a professor at St. Francis Xavier University.

After training teachers around New Brunswick to help newcomer students, he became Education Coordinator at UNB Saint John where he also set up an ESL program. Paul-Emile went on to serve as the President of the Saint John Immigration Board. He then became the first Chair of the Board of what has now become the Saint John Newcomers Centre, in 2009.

‘It provides the services we badly need. The retention of families is so important. Unfortunately, we still struggle with that in some ways’. That is why he has been watching the growth of the Saint John Newcomers Centre with great interest as it expands its programs. ‘It is a work in progress. There are still barriers. We have work to dispel prejudices in our community. But boy, the benefits are incredible.’

He says the Centre has helped newcomers integrate and feel more at home, but it has also helped the community adapt and understand just how much it has benefitted from having people from many cultures living here.

In October 2021, Paul-Emile and his wife and three other local families decided to sponsor another family; two brothers who married two sisters, each have 7 children. ‘They have become a part of our families, they are so loveable. It is such an enriching experience.’

Helping newcomer families come to Saint John is something Paul-Emile feels more people in the community should consider doing. ‘Whatever we give, we get back ten-fold in so many different ways.’

As for advice he would give newcomers: ‘Don’t be shy. Go after all of the services and free classes available, even on zoom. Speak to as many Canadians as possible. Learn the language. Don’t be shy even if your English is not perfect. That is how to meet local people. There are people here who understand your culture. 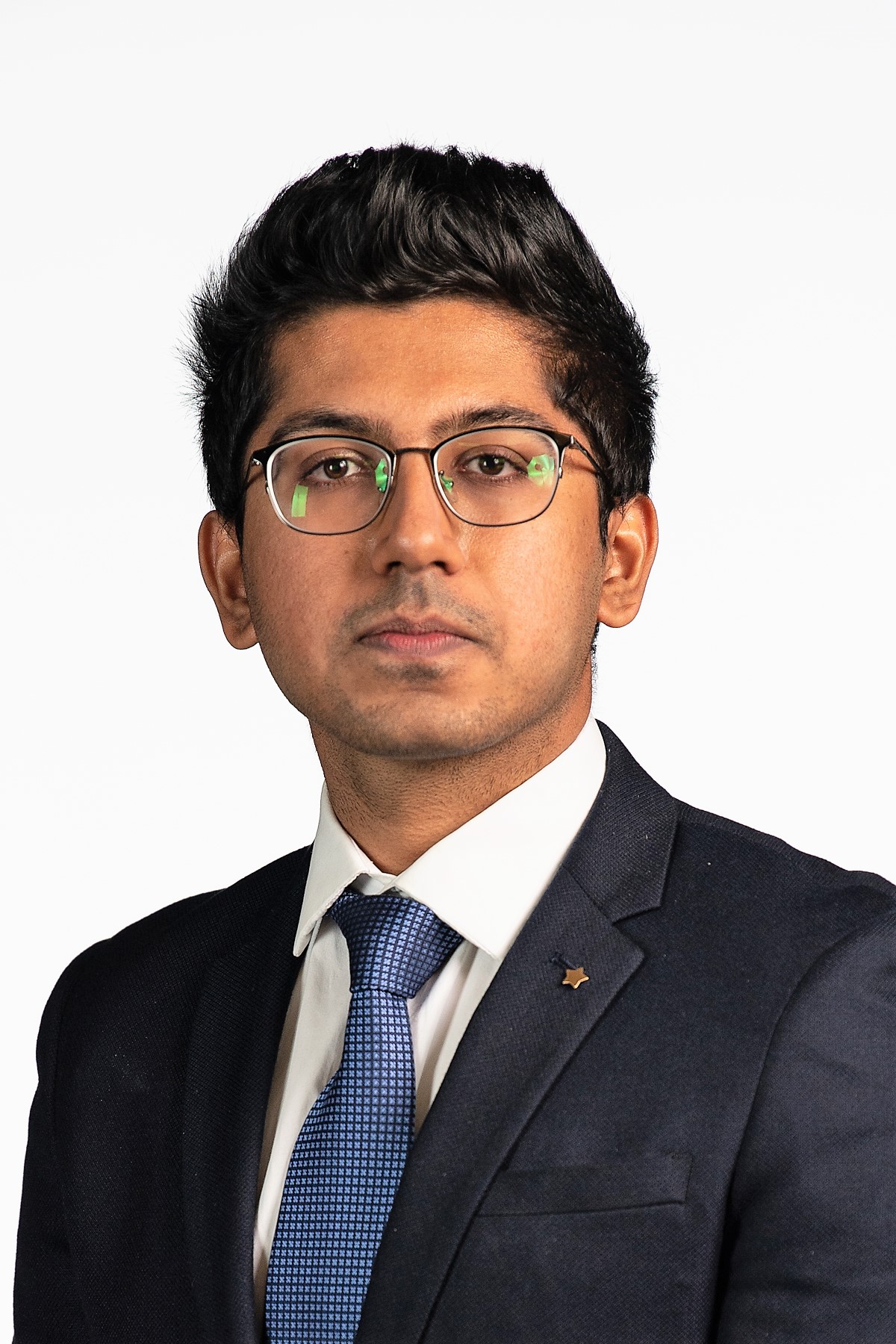 Nabeel Ahmadh Khan is an international student from India who moved to Saint John in 2021, to pursue his Master’s in Business Administration from UNB Saint John. He has been volunteering with The Saint John Newcomers Centre since he arrived and has enjoyed working on Communications assignments for the organization.

In his previous experience, he worked with various community development centres but what motivates him the most is to able to help the people around him. As a newcomer in the City, he understands the challenges of settling into a new community. His goal is to work at the Centre to ensure all the newcomers coming to Saint John are able to settle in with ease.

Here is Nabeel’s story in his own words:

The whole thought of leaving home and settling into a new city half way across the globe was at  first a nightmare. I was not sure how I could adjust to the new environment and culture and had  my doubts if I would ever be able to adapt to so many changes all at once. Having a background in Architecture and Project Management, I was not sure if there would be enough opportunities for  me to explore, but I took a leap of faith. After arriving in Saint John, I discovered The Saint John Newcomer’s Centre, where I found everyone to be warm and welcoming. With a little time and support from the staff, I was surprised how quickly it took for the opportunity to fall into place.

I come from a place which is very busy and commercial but after coming here, I was taken aback by how different it is here. I have fallen in love with this City and the friendly nature of its people. The vibe you get here is something incredible and heart-warming that you would not experience anywhere else.

With such an overwhelming but amazing experience in the past few months, I hope to make this place my home and would love to go the extra mile to help all the newcomers coming into this beautiful city.

If you would like to sign up as a volunteer with the Newcomers Centre, please get in touch with

To become a volunteer with us we require you to complete the following: