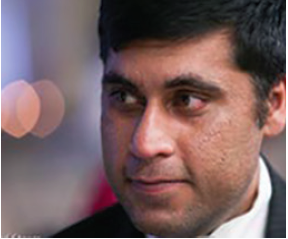 Mohamed was asked to lead the Saint John Newcomers Centre in October of 2013. He brings a wealth of professional experience and proven leadership from his previous roles in economic development and management, including building an immigrant-serving agency from the get-go.

Mohamed has experienced himself what being a newcomer is like and he is grateful for leading a cause that makes it easier for newcomers and immigrants to thrive and succeed in Saint John. He has a Master of Interdisciplinary Degree focusing on Economic Development from the University of New Brunswick. His works have been adopted for implementation by various municipal governments in the region, and he has been commissioned to do consulting work in Economic Development across Southern New Brunswick. 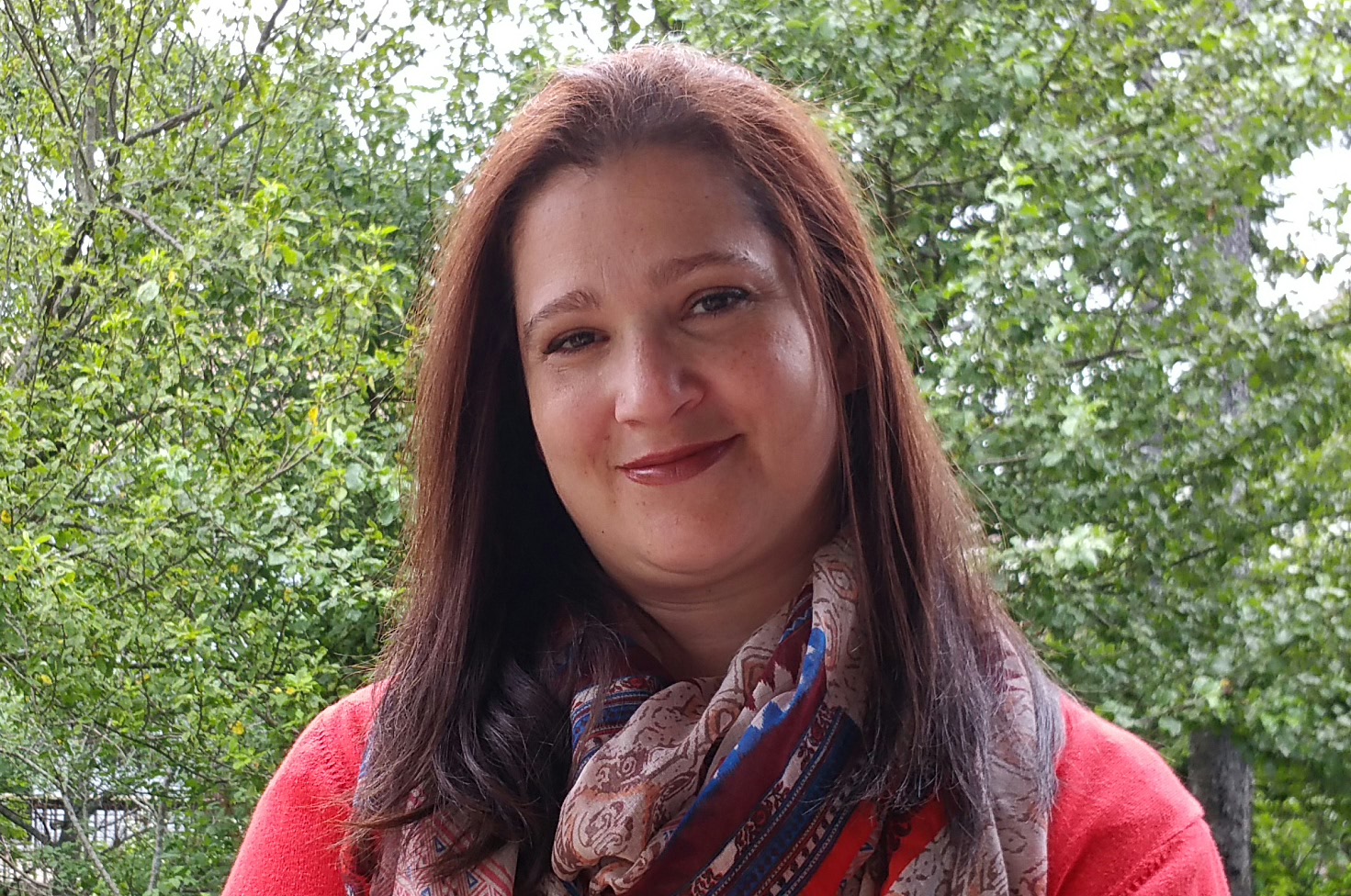 Lina Gharbiya moved to Saint John from Halifax in 1994 to enroll for her studies at the University of New Brunswick. She has been involved with newcomers for the past twenty years, guiding them through and helping them settle in. Lina studied Data Analysis with a minor in Business at UNBSJ, and worked in taxes as a Quality Controller for over ten years. For the past fifteen years, Lina volunteered at various schools, community centres, and hospitals. She has four wonderful children, the older two are in UNBF and UNBSJ and the other two keep her busy all the time with their non-stop activities.

Lina believes that working at the Newcomers Centre is the perfect way to develop her passion for helping, guiding and supporting newcomers. She also believes the Centre's workshops, sessions, and events to be the best platform for newcomers to make connections in the Greater Saint John area.

William is the go-to person at the Newcomers Centre for the Atlantic Immigration Pilot project. He provides support to designated employers, helping them settle their newly hired foreign skilled staff coming to Saint John and developing settlement plans for employees that are already in Canada.

William moved to Saint John in the summer of 2011 to join his family, and today he is very proud to call Saint John his home. Himself a newcomer, William brings to our team a wealth of experience not only from his successful settlement in Saint John, but also from working within the settlement sector for the past three years. He is very passionate about making Saint John an inclusive community welcoming people from all around the world and from all walks of life.

Apart from helping newcomers to get a good start in their new community, William enjoys speaking on issues pertaining to immigration, refugees and cultural competency. William holds a joint M.Sc. degree in Regional Development Planning & Management from the Technical University of Dortmund (Germany) and the University of Philippine Diliman (Philippines).

Tavia landed in Canada in 2016 and was moved by a culture of friendliness and tolerance in Saint John. She has an MBA degree from the University of New Brunswick. During her studies, she learned how to think critically, analyze problems, and obtained extensive knowledge of operations and human resources management. Her bachelor's degree, in broadcasting and journalism, offers her a great educational foundation that helps her to create effective and engaging content to target audiences. Additionally, it has helped her become an excellent communicator and proactive person.

She enjoys communicating with people from different backgrounds and enjoys learning from them all. She believes that giving back creates joy and is meaningful.
As a newcomer in Canada and the pre-employment advisor on the SJNC team, she understands the challenges related to life and employment that newcomers might face after moving to a new country or region. She hopes to use her experience and knowledge to provide suggestions to newcomers and to help them smoothly integrate into the Canadian work environment.

Services offered in: English and Mandarin

Doaa Higazy was born in Egypt. She has a Master’s degree in Applied Arts, having combined in her studies a range of subjects from Arts and Culture to Consumer Behaviour and Consumer Psychology.

Doaa moved to Saint John with her family in September 2017. Her son is studying Computer Science at the University of New Brunswick, her daughter is finishing high school in Saint John (she is also a participant in Imagine NB program, which she liked a lot and found very useful), and her youngest son is attending middle school. The whole family has fallen in love with our city, and they are now very happy to call it home.

Before joining our team, Doaa had been an active volunteer in the local community. She helped at the YMCA, Prude Inc. and the Saint John Newcomers Centre too, working as an interpreter and an English language instructor for kids.

Doaa loves helping people, which is why she enjoys her work at the Centre so much.

Valentine is originally from Cameroon where she studied to become a nurse and worked at a hospital for several years before immigrating to Canada in 2016. She arrived in Saint John in July 2017 from Quebec with her family. She chose to live in Saint John because of its nature and family-oriented way of life where everyone knows everyone. Saint John is an ideal place to take care of her family.

Since her arrival, Valentine immediately started working at the francophone daycare at ARCf de Saint-Jean. She is motivated and passionate about the world of child care. So much so, that she decided to take courses on early childhood education at NBCC where she received her diploma in 2019.

Valentine was actively volunteering in the community before joining the team at the Saint John Newcomers Centre. For her becoming a Settlement Advisor is an opportunity to offer newcomers services that she also received during her integration into the City of Saint John. Apart from the above, Valentine is passionate about hairstyling and specializes in African hairstyles. Since living Cameroon she has practiced this passion and hopes to share it across the City of Saint John. 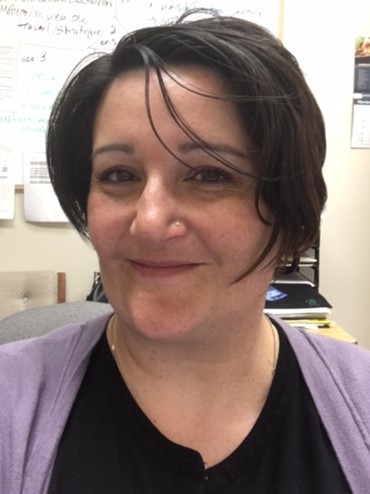 Béatrice was born in France and raised her family in the Swiss Alpes. After studying law she worked in the French education system where she organized, put into place, and evaluated learning programs for handicap children from the ages of 3 to 15 years old. Additionally, she has actively contributed to the creation of multidisciplinary working groups on the academic and social learning of students in French schools.

In 2017 Béatrice and her family settled in Saint John, fulfilling her husband's dream to live in Canada. Inevitably, her whole family fell in love with Saint John.

Since arriving in Saint John Béatrice worked at a francophone daycare and very quickly took on the opportunity to become an educator specializing in early intervention. She has worked with families across all fronts of early childhood education, including educators, schools, school districts, social services, and medical professionals. At the Saint John Newcomers Centre, she will use her experience to help the children of newcomer families, choosing the Francophone school system, to perform better academically and socially.

Guy is originally from Haiti. He moved to Montreal in 1976 to study and then moved to Saint John with his son in 2011 to start a new chapter of life. Guy joined the Saint John Newcomers Centre team first in 2012, and later – following a brief departure – again in 2016. He leads the organization of our many events and coordinates our francophone volunteers. 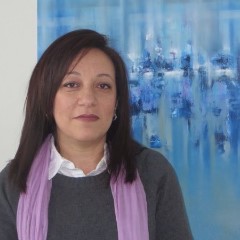 Samah is an Egyptian Canadian international expert in marketing and communications. She also has experience in consumer behaviour, entrepreneurship, and market research. After completing her MBA at UNB Saint John, Samah has developed a passion for teaching. For the past three years, she has been teaching part-time at the UNB's faculty of business. Samah is an advocate of active learning, and of making knowledge relevant to the real world. The topic of her MBA research was Immigrant Entrepreneurs, Intentions and Motivations. Samah is keen to pursue further studies to help newcomers in Saint John.

Since she had moved to Saint John with her husband and two children, Samah has been an active volunteer in the community. She believes that newcomers bring unique experiences and significant value to the city.

Lorne has lived in Saint John since the late 1980’s after coming to the city to work as a TV reporter for MITV/Global News and CBC Radio.  He studied journalism and fine arts at Ryerson and Concordia universities in Toronto and Montreal. Lorne brings a wealth of experience in media and communications after spending 20+ years travelling across New Brunswick as a broadcast journalist. Since leaving the media, Lorne spent the last decade working in media relations and strategic communications.  He has two lovely daughters and is proud to call the city of Saint John his home.

Lorne believes people from other cultures bring unique experiences that will enrich Saint John. He is very passionate about helping to make the city an inclusive and warm community that will welcome newcomers from around the world.

Services offered in English and French

Asmaa was born in Egypt and has a degree from Alexandria University in Engineering with a specialty in telecommunications. In 2019, Asmaa moved to Saint John with husband and three children. Asmaa was an active volunteer while living abroad, acting as a youth leader in a non-profit organization and participated in several events held in Europe. Before joining our team, Asmaa was an active volunteer with the Saint John Newcomers Centre, working with the Francophone and Anglophone School Districts. She is hoping to have a lasting and positive impact on the people she works with at the Centre by helping them adapt to a new life in the Saint John. 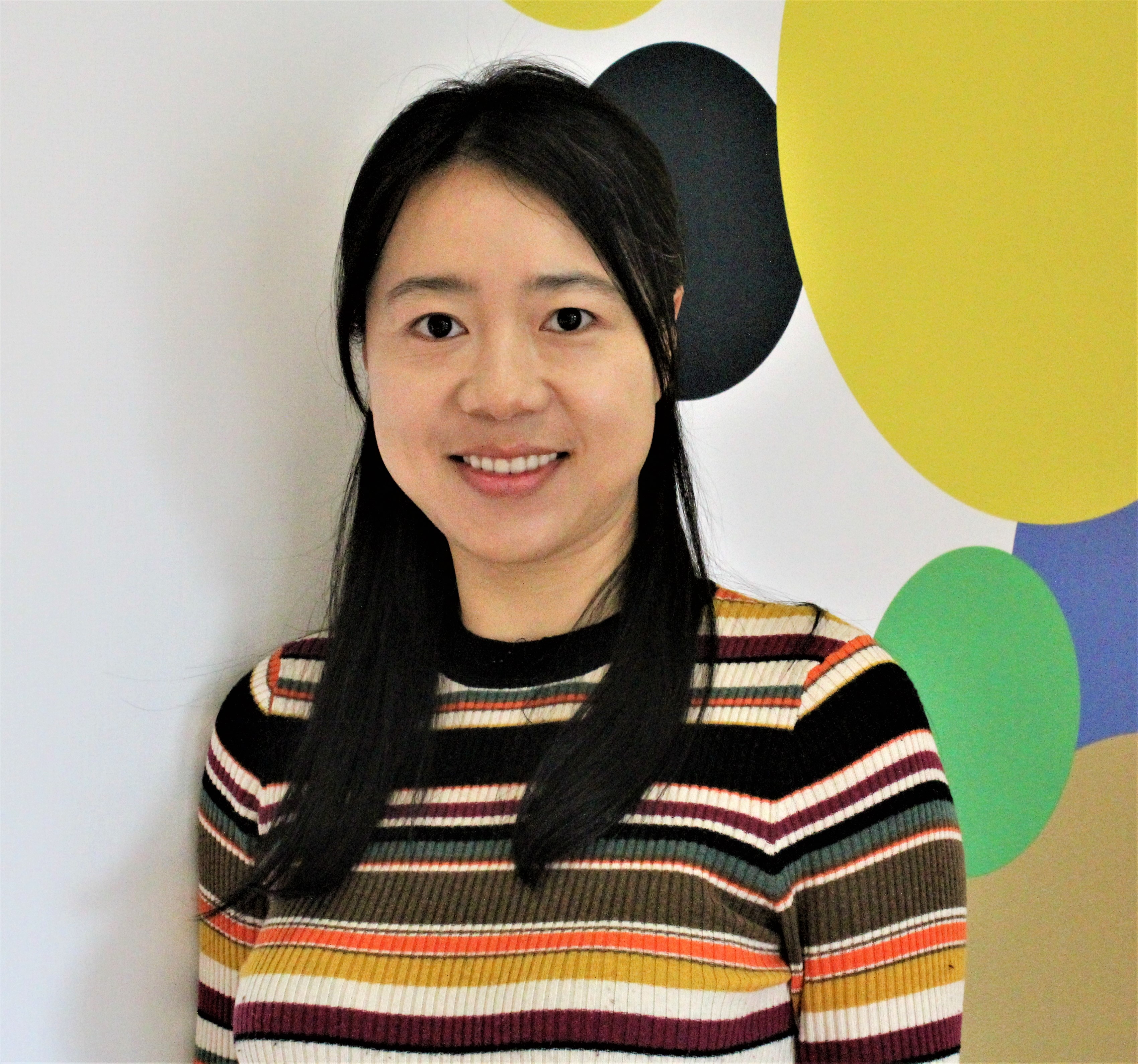 Lena is originally from Shanghai, China. She came to Saint John in February 2020.
Shortly after Lena arrived in the city, she started to become familiar with the community when she began taking courses at the YMCA.  That is when she found out about the Saint John Newcomers Centre and began volunteering with the organization.
She believes in the mission at the Centre because of the effective role it plays in helping newcomers integrate into the community and helps them to feel like they can have a good life here. She also values the way staff support one another and reach out to newcomers.
Lena took a Masters Degree in International Real Estate Investment in Hong Kong. During her studies, she learned to think critically, conduct financial analysis and also human resources management.
It gave her an education in many of the skills she uses today in her role as the office administrator, which she began in September of 2020.
Services provided in English and Mandarin

Fallon Mawhinney says it is all about following her passion.
Fallon came to Saint John to work at the Saint John Newcomers Centre because of the opportunity to work with people from many countries.
After working for the International Relations office at the University of PEI, the Charlottetown native took off to Mexico on an exchange program that led her to teach young people English as a Second Language.  That experience also helped her improve her Spanish, which she began learning seven years ago.
She says she learned what it was like to be a newcomer during her travels to several countries that also included Bolivia and the Ukraine.  That experience is what fuels her satisfaction as she helps newcomers find their way in a new country.
Fallon returned to PEI six months ago, working with temporary foreign workers on the Island before coming to Saint John to be part of the Head Start to Employment program in the Port City.
Services offered in English and Spanish